We've been working very hard on improving the Themify framework. For those who are not a big fan of XxxXxxxx, we have a good news in this latest release. Now you can use the WordPress generated thumbnails for the post image instead of the XxxXxxxx script with our themes. Below are the details about this update.

Themify themes uses XxxxXxxxx (similar to XxxXxxxx script) to generate thumbnail images with different dimensions on the fly. However, some users are unable to use the image script due to server compatibility. Users have always been able to disable the image script via the theme option panel, but then images have to be manually cropped before uploading to the server which can be an inconvenience for some users. For this reason, we enhanced our framework to allow you to select the thumbnails that are generated with WordPress. With the new version, once the image script is disabled, a dropdown will be available for you to choose which image size to use. The image sizes (thumbnail, medium, large) can be set at WordPress Media Settings. In other words, you can specify 250 x 250px medium size to be used in the archive pages and 560 x 300px large size for single post page. 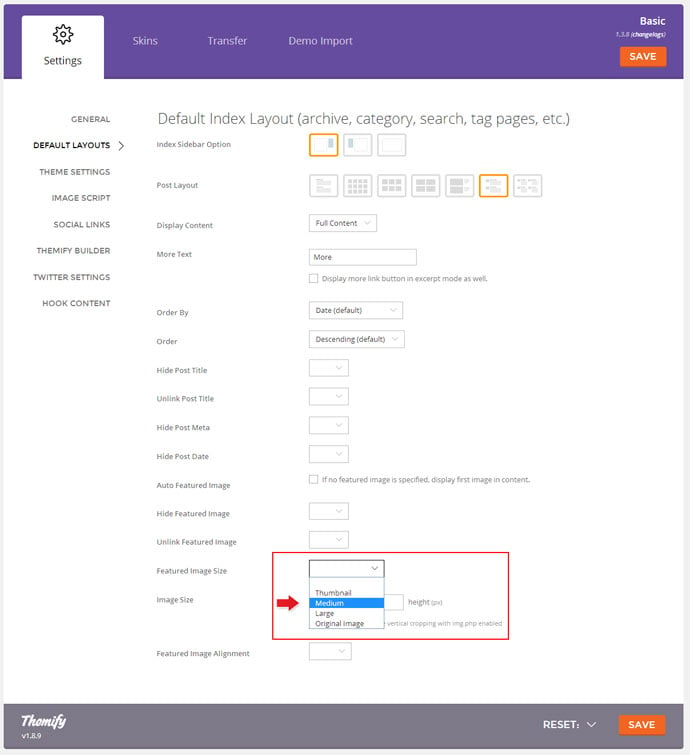 For more details on this release, please read the changelogs.